Known from TV and radio - See Boris in Action 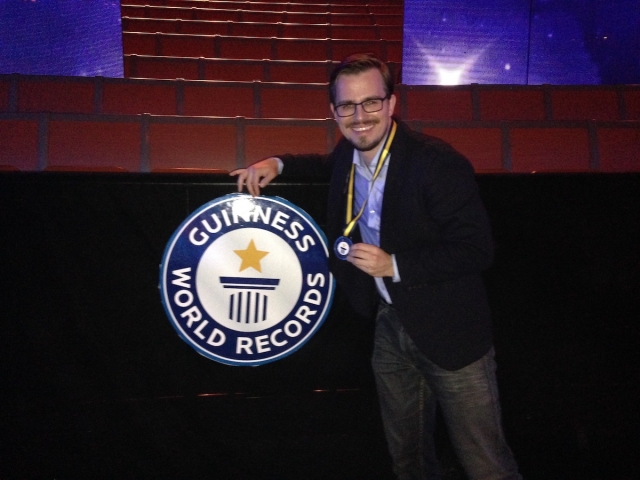 From the archive: Blog entry by Boris Nikolai Konrad about his entry in the Guinness Book of Records 2014:

Today the new Guinness Book of Records, Guinness World Records 2014, has been released. Worldwide! A large company with dozens of employees is now behind it. And: I'm in it! Finally!

In the last few years I have repeatedly set records in memory sports, but not all records are listed at Guinness. Then in 2011 I finally made it! In the second attempt for the official Guinness record "Remember first names and dates of birth" in Augsburg, I managed to remember the first names and dates of birth of 21 people in only two minutes and then correctly reproduced them from memory! Already in 2010 I had improved the world record at the German Championship in the names and faces category to 201. That means, in only 15 minutes I memorized 201 names to the matching faces. We are presented with photos of first and last names. Afterwards we get new notes with the same photos in a different order, and of course without names below. We have 30 minutes to write as many names as possible under the right photos and every right first name and every right last name gives us a point. Until today (note: this changed in 2018 but was true when this article was written in 2014) nobody could exceed 201, but some rule changes helped me as well. This year finally the Guinness Publishing House decided to officially acknowledge this record as well. In the meantime, I have also taken part in Guinness TV shows several times, twice in Germany and even once in China (note:  more often and in more countries by now).

And both records are printed in the new book! As far as I know worldwide! I'm really happy about that!